We are celebrating today’s cultural activist and racial equity warriors by highlighting youth and young adults that have already made their mark across the city, state and nation. Join us in recognizing the current achievements and bright futures of each warrior via Facebook and Twitter. 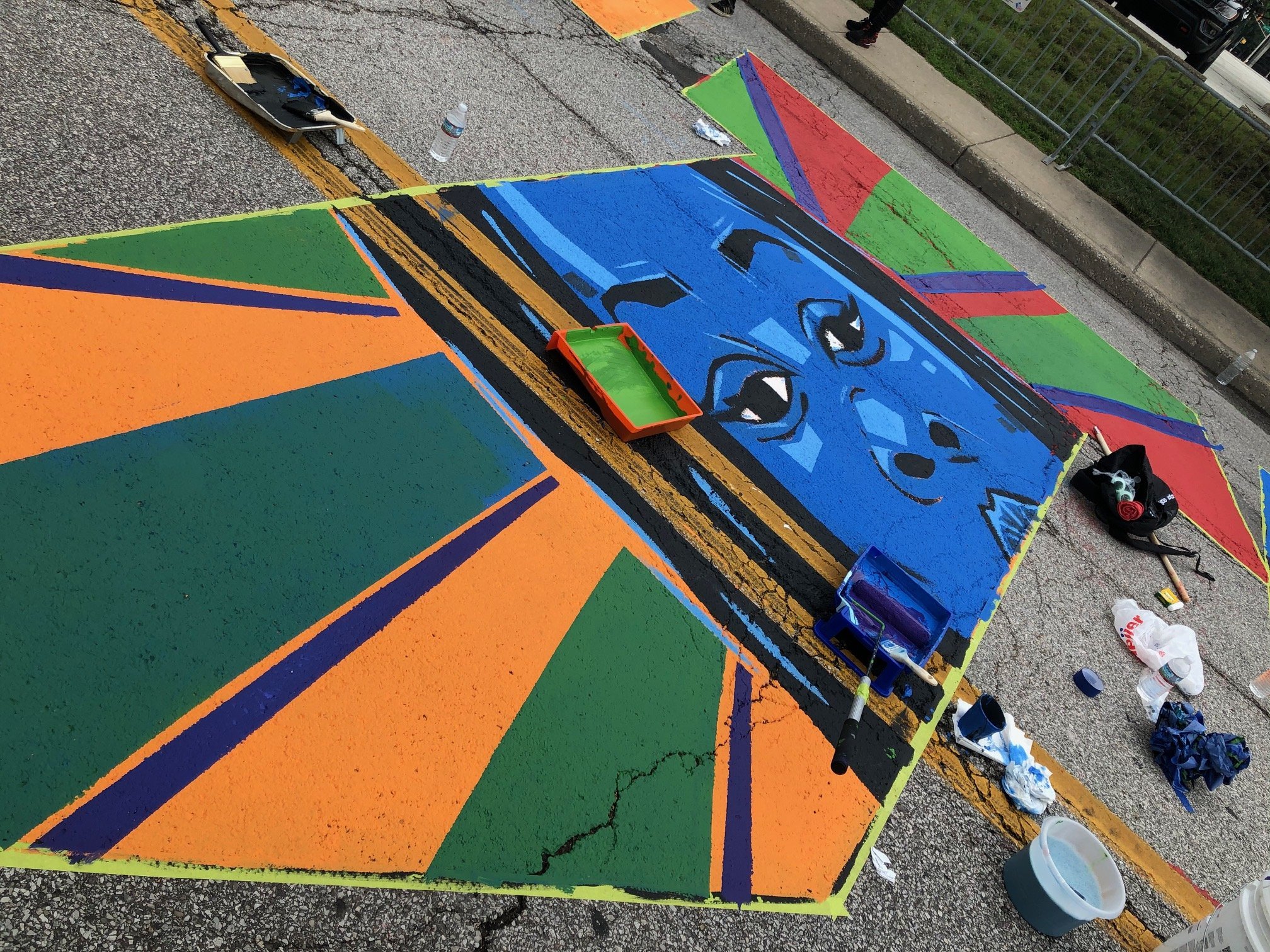 Israel Solomon is a visual artist and educator who works primarily in Indianapolis, Indiana. Israel’s artwork is filled with vibrant color and rhythmic geometric pattern, which is used to draw the eye around his work. As an artist his goal is to shed a positive light on his people and within the community by drawing from his own experiences and recreating them on canvas. He hopes to provide his students with the foundational creative tools needed to express themselves effectively creatives and artists.

Recently, Israel has created a variety of notable works that are centered in racial equity. In the summer of 2020, he created a mural to honor the life of George Floyd. This work was created on the boarded-up storefront of the Tucker building on Massachusetts Avenue in Indianapolis, Indiana. This mural was created during the civil unrest and protests that were sparked from the injustice that Floyd was a victim of. Israel also was the font designer for the Indiana Avenue Black Lives Matter street mural, and one of the eighteen artists assigned to paint a letter. He was given the second “T” and chose to memorialize Breonna Taylor, in hopes to bring more attention to her story. Israel also recently collaborated with artist Nekoda Wilson to create a moving mural celebrating the life and career of jazz guitarist Wes Montgomery. The two artists chose to work together to bring a message of unity across racial barriers.

Israel is also currently a visiting artist at the Children’s Museum of Indianapolis where he has monthly art workshops and paintings on display that commemorate the lives of black leaders Oscar Robertson and Dr. Martin Luther King Jr. Israel plans to continue using his voice as an artist in 2021 and strives to create work that is relevant to the culture of Indianapolis and America. 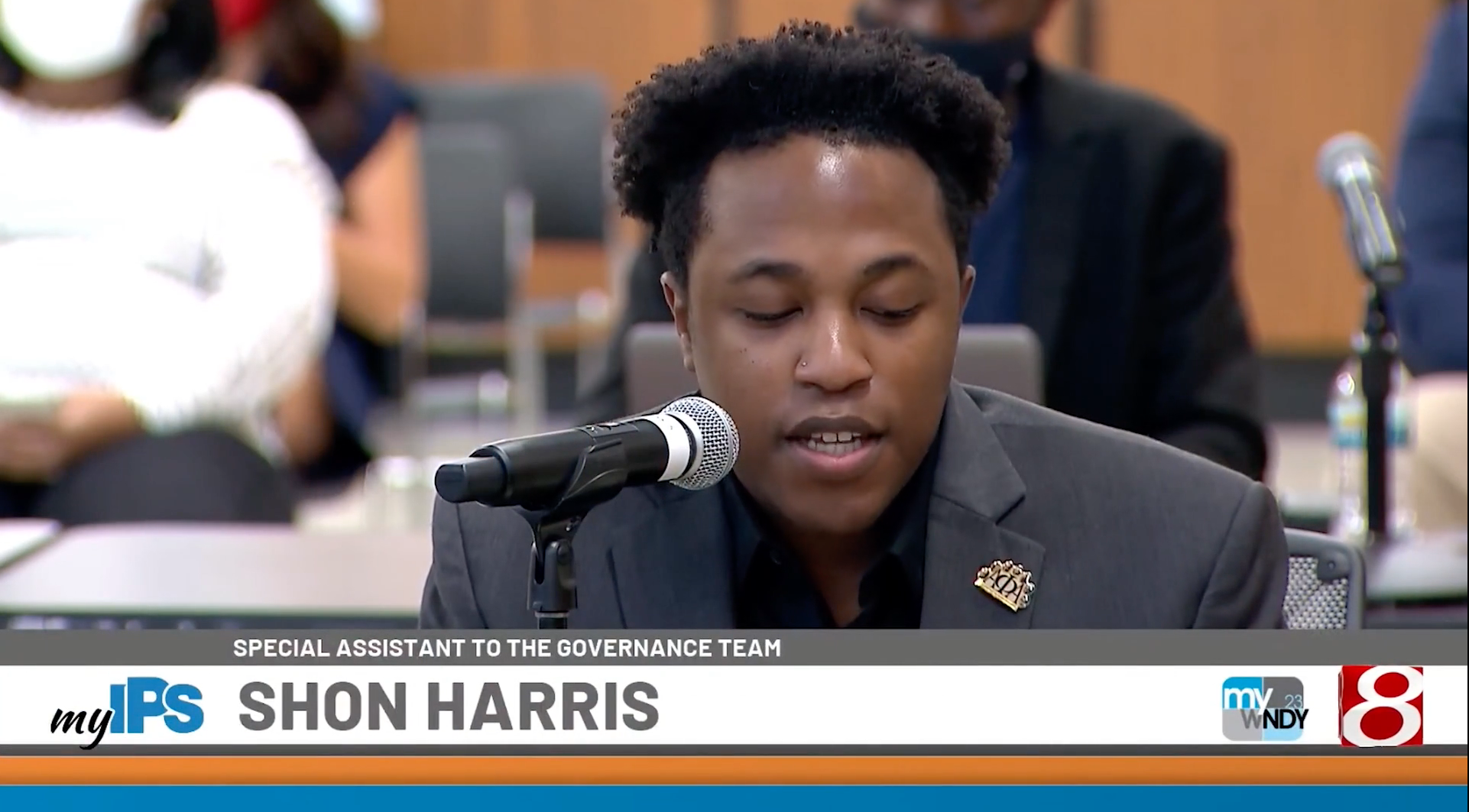 Shonterrio (Shon) Harris is a native of Memphis, TN. He graduated from Wake Forest University with a B.A. in Politics & International Affairs. He relocated to Indianapolis for Teach for America where he taught 4th grade for three years at Ralph Waldo Emerson School 58 and Avondale Meadows Academy. He also earned his Master’s in Teaching at Marian University.

In 2017, he became a Public Policy Fellow with Leadership for Educational Equity serving as the Special Assistant to the Governance Team of Indianapolis Public Schools (IPS). In this role, he assisted the Superintendent’s Office and Board of School Commissioners with policy development and special projects. Shon now serves as the Manager of Equity Advancement, supporting the execution of IPS’ racial equity strategic priority.

Shon was recently selected as a Nexus Fellow through The Equity Lab. The Nexus Fellowship is a national fellowship that helps leaders create long-term organizational change around race and equity. 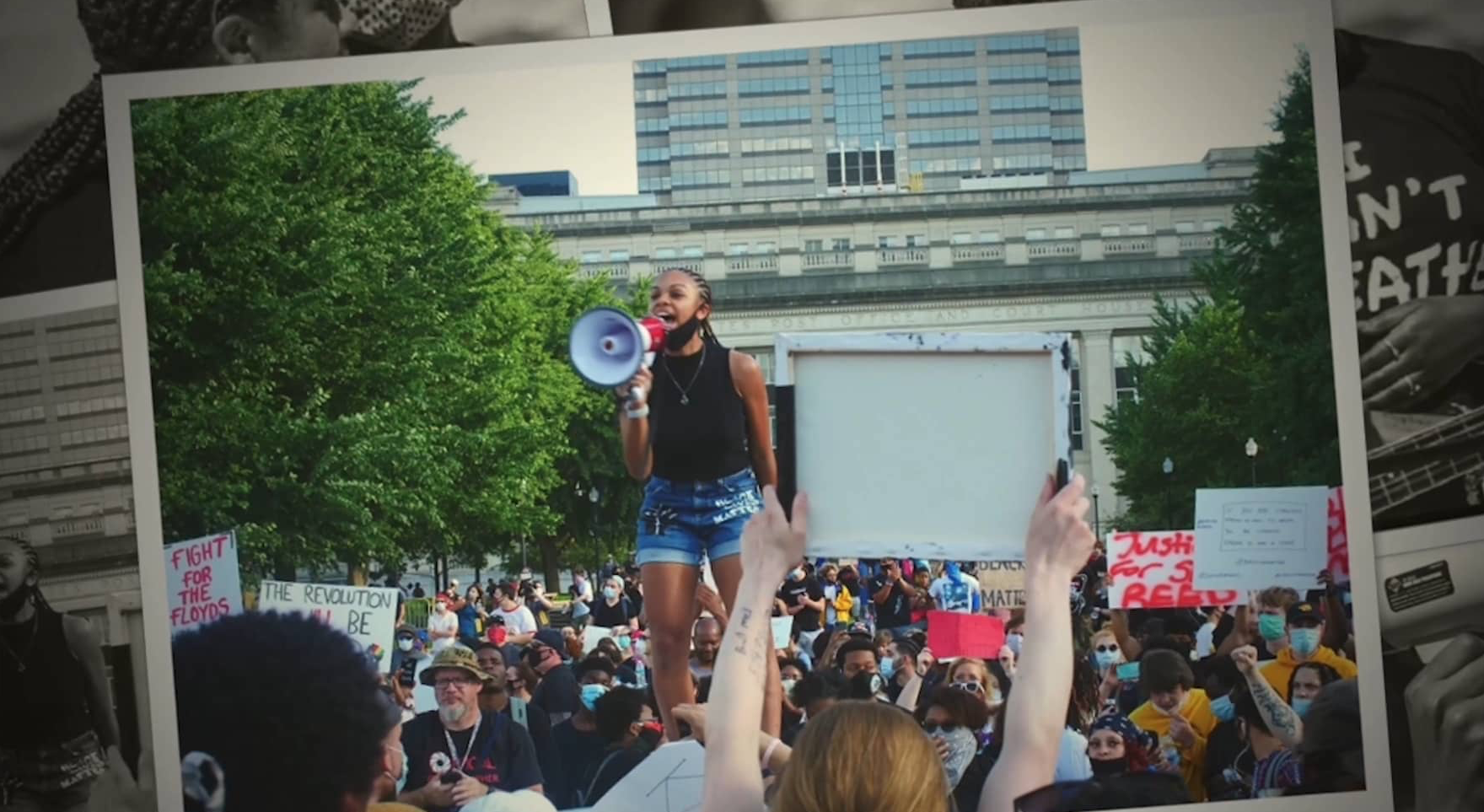 Taylor Hall is an “artivist,” a political activist who expresses her values through interpretive artistic craft. She was one of the key organizers of the state’s Black Lives Matter protest in June 2020, which drew more than 10,000 people to the State Capitol. In July 2020, Hall released her debut song “I Can’t Breathe.”

She has organized more than 20 protests and assisted in registering thousands of voters. Hall is interning with Congressman Andre Carson while is pursuing a bachelor’s degree in Communications from Ball State University. She is scheduled to graduate this summer.

Hall is a proud 2018 graduate of Crispus Attucks High School. She works with students in the Indianapolis community through her Artivist mentoring program. Her words to live by are: “Don’t stand for hate, stand for love.” 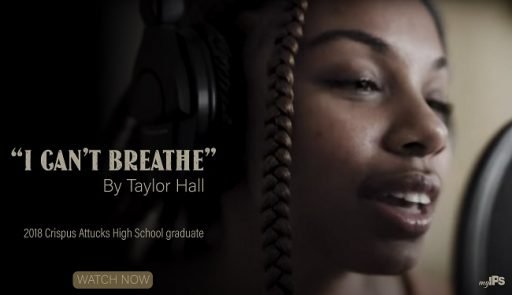